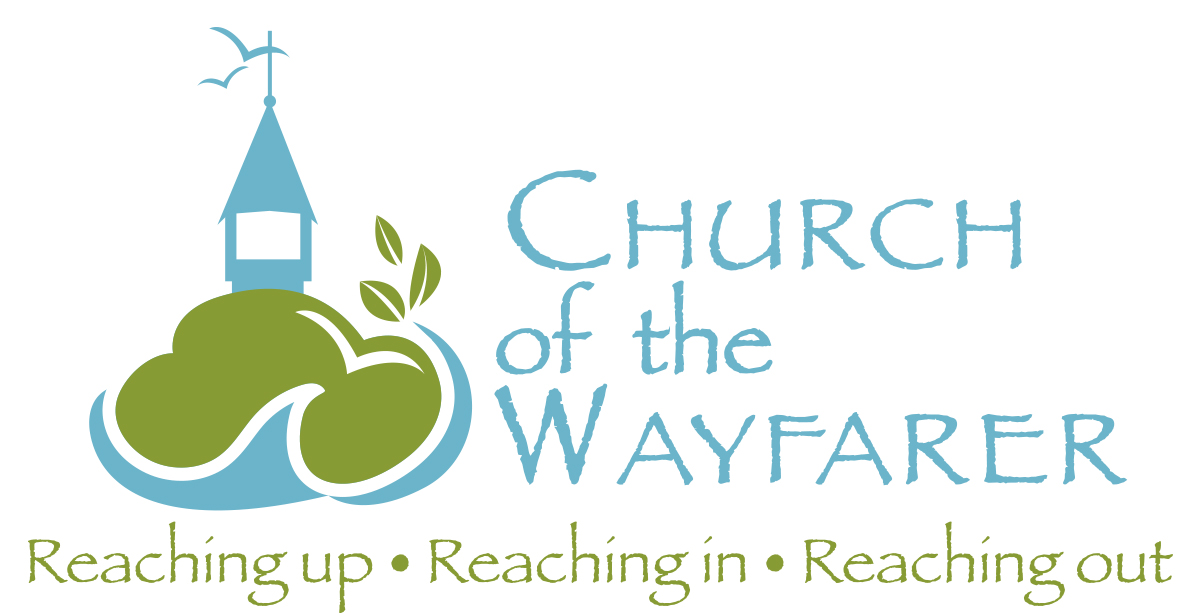 The Story of Our Stained Glass Windows 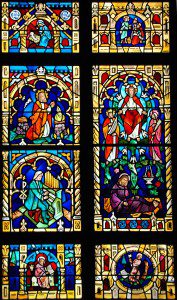 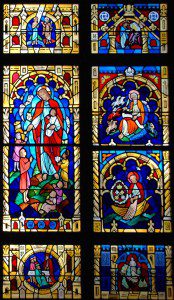 The present form of the Church of the Wayfarer was made possible by an extensive remodeling completed in 1940.  The original structure built in 1905 was retained and extended, though the front façade and general shape of the whole church was completely altered from the original mission-style building.

The outstanding characteristic of the interior was the 18th century wood wainscoting from a Bourbon Chapel at Nerni in Italy.  Stained glass was planned for the remodeled building but funds ran out and the war intervened.

From  time to time, efforts were made to provide stained glass windows, notably by Dr. and Mrs. Fred Farley in the 1960’s.  The project languished until the late 70’s when interest was renewed.  On November 29, 1979, Esther Simpson, a long-time member, gave the church one thousand dollars toward the purchase of stained glass windows.  Her gift was matched by Mildred Hoeffel on January 5, 1980, and Helen Nuckolls also made a matching gift soon afterward.  A growing stream of support in the spring soon made possible approaches to two principal stained glass window suppliers.  On August 11, 1980, a formal agreement was reached by the Administrative Board with the Connick Studios and design work began at once.

Charles J. Connick apprenticed at Rudy Brothers glass studio in Pittsburgh in the 1890’s.  He was influenced by the writings of Viollet le-Duc (1814-1879) and by a visit to Chatres in 1910.  In 1914, he established his own studio on Harcourt Street in Boston.  A reputation for the finest quality leaded glass in the French Cathedral style was quickly established and Connick Studios received major commissions from St. Patrick’s and St. John’s Cathedrals in New York, Grace Cathedral in San Francisco, Princeton University Chapel, Boston University Chapel, University of Pittsburgh and in principal cities throughout the United States.

The stained glass committee began meeting at once to discuss themes and ideas.  The pictorial nature of the windows, as opposed to symbolic representations, was agreed upon along with the use of medieval style.  It was hoped that sermons in the glass would surround the sanctuary.

The existing window spaces were used without modifications.  Furthermore, the committee decided that the existing arch design of the woodwork would be reflected in the glass.

Three major window areas contain twelve vertical sections which have been termed “lancets” (though with horizontal tops).  Each lancet is divided into top and bottom panels with middle areas of one or two panels.  The six inner single panels form major theme windows, while the twelve smaller outside middle panels become “side” or secondary panels.

The committee designated the upper panel of each of the twelve lancets for the life of Jesus and the bottom panels in similar fashion were set aside for church history scenes.  The six major theme windows all have biblical scenes.  The twelve side or secondary middle windows are primarily biblical except for John Wesley, Luther, Bach and St. Francis.

Design approval was reached in the fall of 1980.  In June 1981, Elmer Matola, a long-time Connick craftsman, was sent to install the windows, and he was assisted by church member, Hunter Stewart.  The dedication took place October 11, 1981.